7WD EXCLUSIVE: Walker cleared on one charge, still suspect on other fronts

Here on 7WD, a commenter has given an likely explanation for the feathery remains found near Dave Walker’s on-campus cartoon castle. It seems that there is a cat (named “Sushi”) roaming the grounds. This cat, a lover a raw food, is said to enjoy consuming rabbits and birds. So Dave appears to be off the hook on that one.

However, it seems that there are still mysteries with the stage adjoining Dave’s drawing domicile. This photo was snapped two days ago: 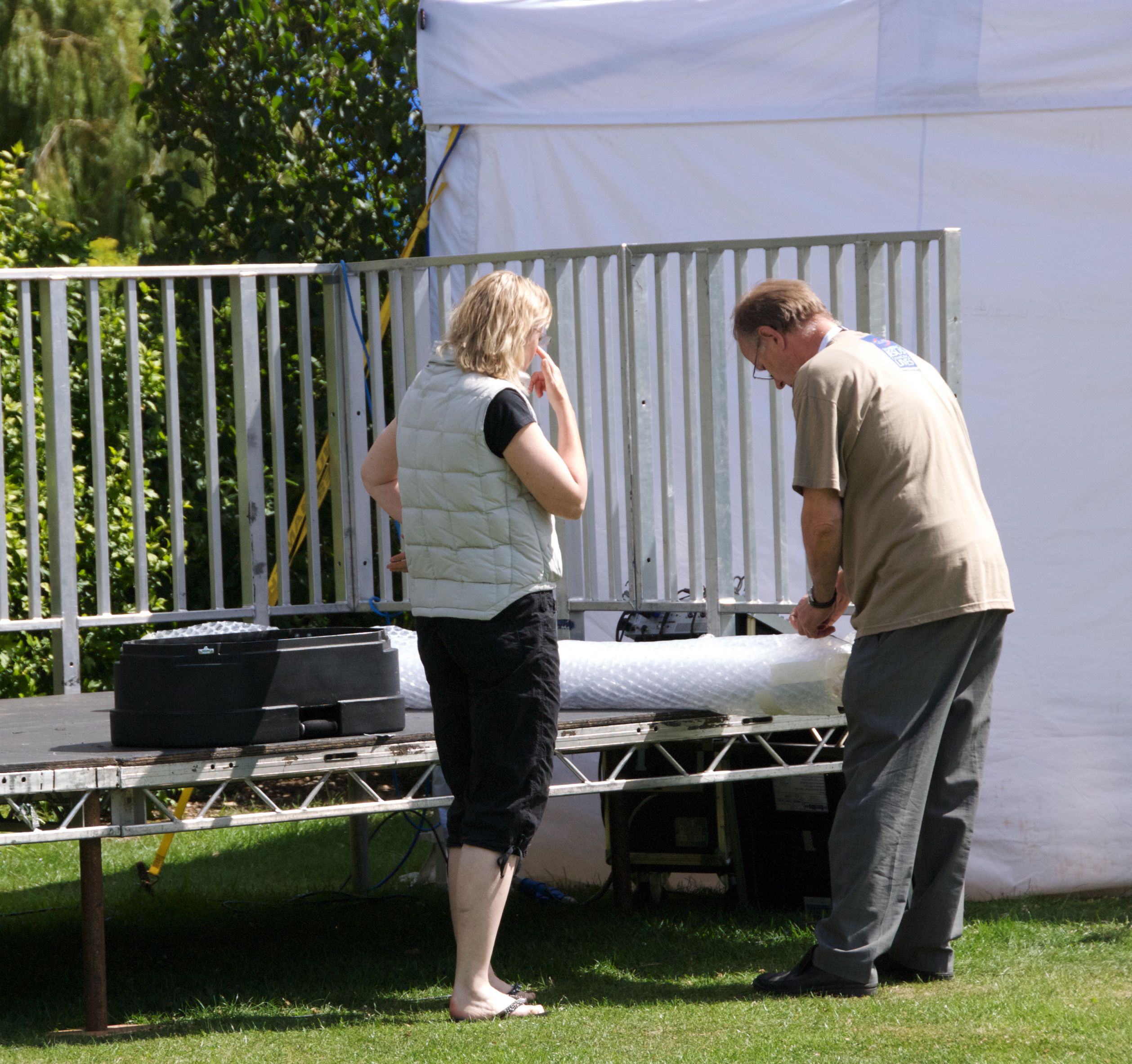 No one has yet offered a credible explanation for this activity, which does not bode well. Any time you see or hear something you don’t understand, you should be suspicious. I’ve learned this from Anglican bloggers. Security has been increased around the stage. 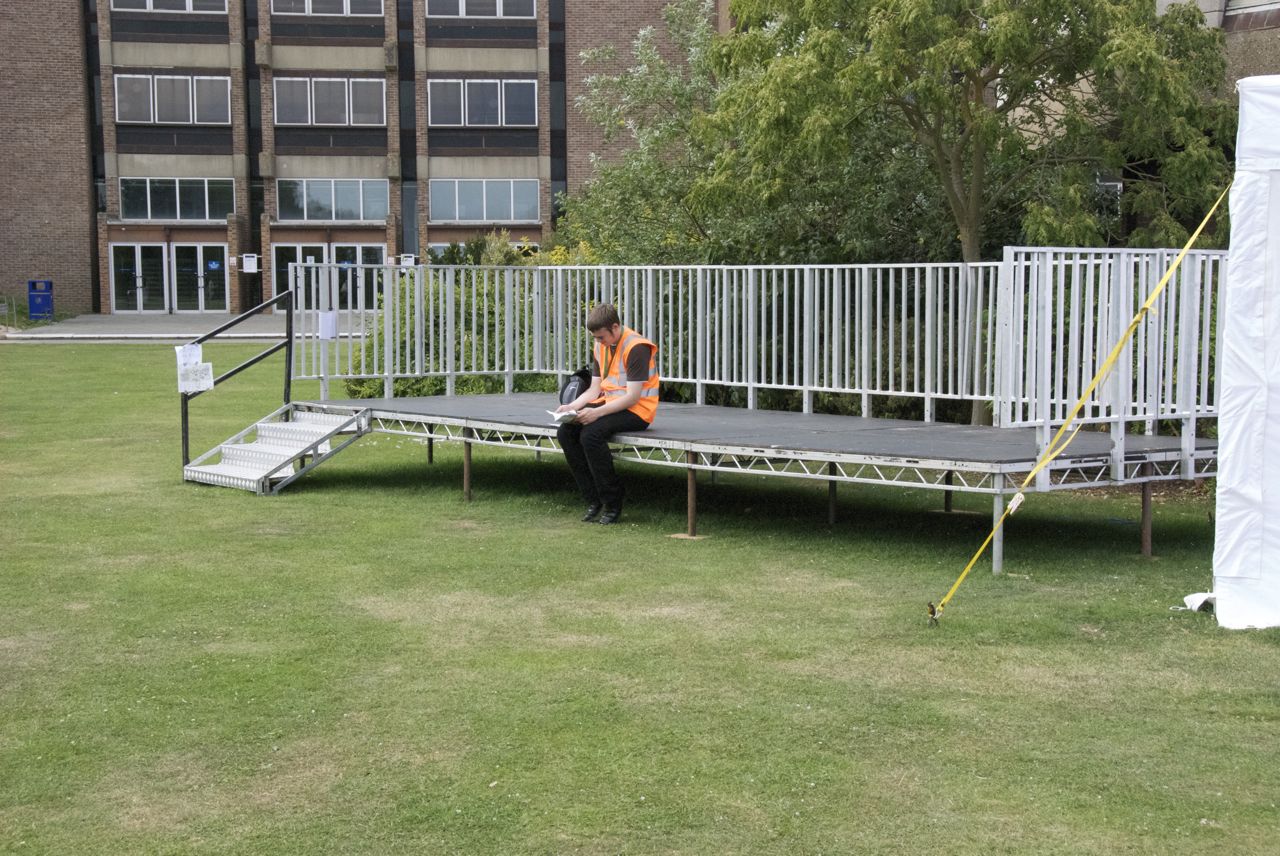 That’s one of the “menacing” stewards guarding the stage. They may not seem menacing, but every single conservative blogger has described them as such, so it must be true. Right? Anyway, I’ll keep following the Walker saga.

I’m going to be very careful though, because I don’t want Walker to pull a Brewer on me and summon his team of lawyers.