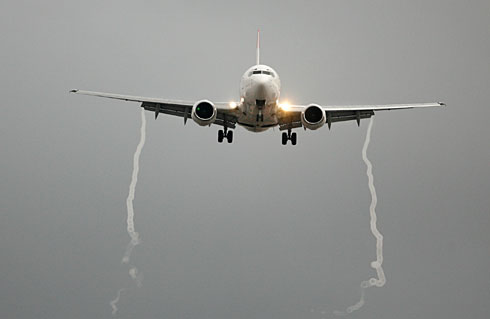 From the Church Times:

THE Archbishop of Canterbury is planning to reduce his carbon footprint.  He may fly to Poland to visit Auschwitz in the autumn, but, apart from that, he intends to eschew air travel for the rest of the year, a Lambeth Palace spokesman said.

Dr Williams, who took the train to Rome for his meeting with the Pope this week, is following in the footsteps of the Bishop of London, the Rt Revd Richard Chartres, who gave up flying for a year. A carbon-offsetting scheme is also in place for the Lambeth Conference, to compensate for bishops’ flying to the UK. They will also be encouraged to take the train or share lifts in England.

What a great idea. Let me be the first to say that I have no room to point the finger on this one. For instance, though I’m not a bishop, I’m going to be around during the Lambeth Conference. I do some other traveling too. But it does make me wonder… What if some other bishops, especially from the Global South, decided to do their part for the good of the environment? Maybe Gaffe-Con should be canceled?